CLOV: The end is terrific!

HAMM: I prefer the middle.

Is is not time for my pain-killer?

This post is in memory of all unfinished works. If there is not already an International Celebration of Unfinished Works Day, I declare June 3 to be it. 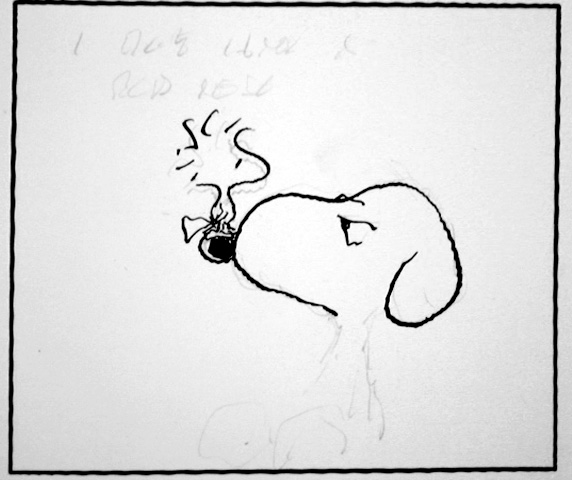 My unfinished “works” (if that’s not too grandiose a term – can’t I just say “things” instead?) include countless essays and poems, drawings, two books, an exhibition with the wonderful illustrator Jacqui Colley (we were defeated by form-filling; many of these unfinished forms constitute works of art in themselves), letters and emails. Still others exist only as half-sparked ideas. There’s nothing there to unfinish – the apotheosis of incompletion!

Unfinished works tend to oppress us. The time you’ve spent on them gathers itself up in a great heap and accuses you. “I’ll all be for nothing if you don’t finish that thing.” You measure your worth by how close to completion you are. Saying that your work isn’t finished is also a way to protect yourself from judgement. If someone raises their eyebrows skeptically (and even if it’s yourself), you can say, “Well, clearly it’s not finished.”

But a time may come when you have to – if not exactly abandon the work – accept that it could be a work that will only ever exist as a semi-functioning machine, a half-built house, a frame with no wheels. Let it be. Remember that a work can still be great, can still have energy, if you haven’t said those words, “It’s finished.” Hell, even the Canterbury Tales wasn’t finished! Neither was Gogol’s Dead Souls nor David Foster Wallace’s The Pale King nor Nabokov’s The Original of Laura. Some things are great despite, or even because of, their truncated state. The fragment is bright enough that you can imagine the whole. (Obviously there’s another vital question: if an artist has explicitly asked for that work to be destroyed or to remain unpublished after their death, should we even have the right to view the fragment? As Robert Potts puts it in this 2009 piece on David Foster Wallace’s Pale King: “There is a difference between the open-endedness a writer chooses to produce, and the mysteries of unfinished and posthumously published works.”)

And if you want to be really philosophical about all the things you can’t get done, you could say that nothing in this world is ever finished. The books, films, and TV series that stay with me are the ones that, in ending, suggest the beginning of something else, or a great looping continuation of what’s gone before.

The Italian conductor Arturo Toscanini made a grand gesture to the unfinished in 1926 at the world premiere of Franco Alfano’s completion of Puccini’s unfinished opera Turandot. In the middle of Act III, instead of launching into Alfano’s bit, Toscanini laid down his baton. He turned to the audience and announced: “Here the opera ends, because at this point the maestro died.”

Could I use something like this in my unfinished book? “Here the essay ends, because the author could not gain the permission of her family to complete it.”

Working with professors at a university department, as I’ve been doing for the past few months, has been an education in the art of delaying the finish. Proposals would be drawn up, schedules sketched, contributors contracted. Sooner or later the deadlines would slip by. Polite professorial emails would arrive. “I am hoping to complete this in the next two weeks.” “I simply have not had time.” “This week and next I am in France and have no access to my computer.” “Once again, Mr. Young, my sincere apologies.” My own polite emails would tail off and the haranguing ones would begin. Soon these, too, would tail off. Meetings would be held, new deadlines set. The new deadlines would appear only to be swallowed by the gloom of determined unfinishedness. In this world, deadlines have no power – they’re dead from the outset. So dead that they were hollow and shrivelled and could be shuffled around. Which could be quite handy but is more usually very frustrating. I suspect that this kind of unfinishing was down to the spirit of perfectionism. As Anne Lamott has said, perfectionism is “the main obstacle between you and a shitty first draft.”

CLOV: Will it not soon be the end?

HAMM: I’m afraid it will.

CLOV: Pah! You’ll make up another.

I feel rather drained.

If I could drag myself down to the sea! I’d make a pillow of sand for my head and the tide would come. 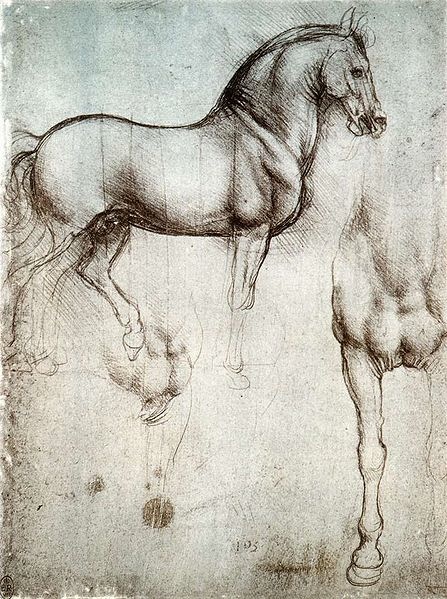 Leonardo Da Vinci’s sketch of Gran Cavallo (Da Vinci spent twelve years working on the statue, which was commissioned by the Duke of Milan. In 1492 he finished a 7-metre-tall clay model, but before the mold of the horse could be cast in bronze, war erupted between France and Italy. The Duke then donated the 90 tonnes of metal intended for the horse to the military, which used it to build cannons. Invading French archers used the clay horse model for target practice.

I wish that I’d finished everything I’ve ever started. But maybe then I wouldn’t know the pleasure of lingering over the possibilities, or the rare delight of finally being able to say, “It’s finished. I think.”

[At this point the writer had to hastily abandon this blog post due to the need for a sandwich.]

Person, usually on bike
View all posts by ashleighlou →
This entry was posted in Change, Happiness or not, Uncategorized. Bookmark the permalink.