My question for myself

Keep a light, hopeful heart. But ­expect the worst. 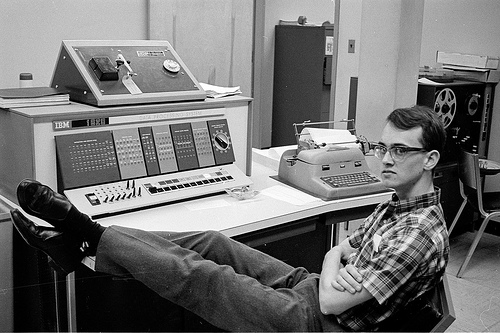 He got the job. (by Bill Wetzel)

If anything is a symbol of the job interview, it’s the plastic tumbler of water on the empty desk. This is a subtle ruse by the interviewers to instill complete blankness in the mind. You’re not supposed to drink the water. You’re supposed to talk above it, to defy the fearsome void it represents. To drink around the water, if you will.

I’ve been through a few interviews in the past six months and none have helped to lessen my fear. The fear manifests itself in profuse sweating, stomach upsets, and headaches. Once in the room, with the dead water placed in front of me, one of the interviewers will start with a “gentle” question such as “So can you tell us about …” or “How about you walk us through …” Even as they’re speaking, I’m thinking, “As soon as they finish talking, it’s all over.” They finish talking. The silence blooms. Isn’t it amazing, that silence after the question? Beautiful yet deadly, full of secret pathways and yet-unknown species, it is the exotic jungle of the interview, and it encircles you utterly. I start to hack my way through.

My answer quickly moves into a ramble. Sentences trail off. I use the words “challenge” and “yeah” too frequently, and feel a growing distress at how I can’t seem to control my hands. My friend Simon, also prone to enthusiastic gesturing, told me about an interview he once did where things were going so well that he made a particularly enthusiastic hand gesture and managed to swipe over a cup of coffee. A wave of liquid engulfed the desk as everyone leapt up from their chairs. I remember him saying, clearly still traumatised the next day: “It – was – absolutely – horrific.”

Apparently a recent trend in job interviews is “the way-out question”. In order to test their candidates’ creativity, “lateral thinking”, and problem-solving abilities, big businesses are asking prospective employees things like:

And so on and so forth. I have yet to see evidence of this trend myself.

Batman riding Superman (by Didn’t Do Homework, Too Busy Being a Vigilante)

In a way, I like the comfy predictability of most interview questions: “How does this role fit into your overall career plan?” and “What would you look for in a book proposal?” I like them because the person who answers those questions isn’t really me: it’s the nervous-job-interviewee version of me who is trying very hard to fit some idea of “person who would be a good employee”. I believe a more effective approach, though, would be to start the interview with a few questions like “Can you pick things up with your toes?” “Do you think you could you beat me in an arm wrestle?” or “Apart from Homer, which Simpsons character do you identify with the most?” I think this would help to break us out of our habitual nervousness and anxiety to conform. I think I’d feel more challenged to engage – thus more alive, more myself. 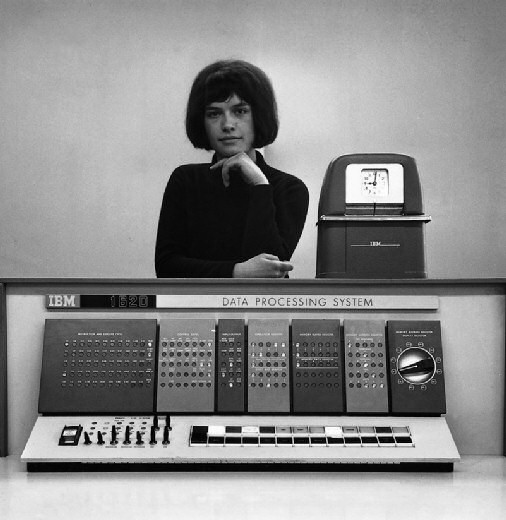 The 100th issue of Granta contains a series of black-and-white photographs of writers such as Jonathan Franzen, Zadie Smith, and Gary Shteyngart, accompanied by a single question and answer. The twist is that the question, as well as the answer, was conceived by the writer.

Richard Ford: “Do you know what’s important to you?”

Lionel Shriver was not impressed by the technique: “With rare exceptions, given the chance, writers will apparently ask themselves bland questions and entice themselves to be as pretentious as possible. ‘My Question for Myself’ is testimony to why we need journalists after all.”

She’s probably right. If we were to decide the questions we were asked in a job interview, or any other kind of interview, I guess we wouldn’t learn anything new about ourselves, and/or we would end up waffling at length about things we already know too much about. We wouldn’t learn the manifold ways of making ourselves understood. And it turns out that it’s actually harder than thinking of a question to ask somebody else.

AY: Fear is like eczema. Some people are just predisposed to it. Like eczema, fear tends to flare up at night. You can’t sleep because you’re scratching away at it, trying to get under the surface … So anyway, I don’t know why I get it, but I know I will probably be trying to fix it my whole life.

What is your question for yourself?

Person, usually on bike
View all posts by ashleighlou →
This entry was posted in London, Uncategorized, Working. Bookmark the permalink.

4 Responses to My question for myself