Growing moss about the mouth

I never eat fruits or vegetables at all, ever, and neither did my father before me, and while I am constipated, fat, breathless and weak, I am not yet dead.

Just like a chicken running around without its head, the body of a corn plant torn from the soil or sliced into pieces struggles to save itself, just as vigorously and just as uselessly, if much less obviously to the human ear and eye.

– Carol Kaesuk Yoon, ‘No Face, But Plants Like Life, Too’

1. When my mother cooked brussels sprouts in the microwave, she would get angry with them. After two minutes, she would open the microwave, tear the hot soaked gladwrap off the bowl, and stab one with a fork. “Oh, for God’s sake.” She’d hustle the bowl back into the microwave and slam the door. “Cook, you bastards.”

2. I became a vegetarian because my best friend Morgan, at nine years old, had been a vegetarian for life. We gave a speech to our primary school about the evils of duck-shooting – a popular sport in Te Kuiti – and were consequently pilloried by students and teachers, except our teacher Miss Irvine, who’d encouraged us to do the speech, presumably for her entertainment. Mrs. Neustroski rounded on Morgan’s mother, also a teacher and a vegetarian, in the staffroom. “If duck-shooters don’t shoot the ducks,” Neustroski fumed, “they’ll eat all the grass. THEN THE SHEEP WILL STARVE.”

3. The first dinner I ever made for my dad: white rice and rehydrated Healtheries soy mince with soy-sauce-soaked peas and carrots. His look of bewilderment: “That it?”

There are vegetables and fruits, but also, on bedsheets spread over the ground, drunken piles of teapots, baby shoes, hats, beige rotary telephones, stacks of MORE magazine and Reader’s Digests, squashed Doc Martens, and clothes rails strung with nighties and blouses. You can get a sausage sizzle from women wearing wide-brimmed hats with dangling corks. There are also many jars of dubiously labelled chutney and pickle, and you can’t easily approach a table of these goods without buying anything, unless you can handle the chutney-maker’s disappointment.

I like the slow trudge up and down the lanes between the piles of goods. I like people wearing gumboots. I like the way my mother invariably sees a student or a fellow teacher and has to stop to talk to them. I like waiting for her in the warm car with bags full of fruit and vegetables and several jars of mysterious pickle under my feet.

5. Morgan and I continued our animal rights campaigning throughout primary school. We stickered our parents’ cars with SAFE bumper stickers, distributed home-made leaflets, phoned washing powder companies to ask if they tested their products on animals, wrote letters to yoghurt companies beseeching them to remove the gelatine from their yoghurts (“Wouldn’t it taste exactly the same without cows’ hooves in it?”).

One kid tried to tell us that plants had feelings too, and what bitches we were to eat vegetables. “They’re screaming when you rip them out of the ground. Poor little lettuces.” He declared that he was a meatatarian. We shouted him down with talk of nerves and brains, but I was shaken by the accusation that eating plants was a crime against life.

I felt in my bones that factory-farming and slaughtering animals was wrong in a way that harvesting carrots or dead-heading roses was not, but I had no solid ground on which to argue my case, because what did I know about the secret lives of plants? Was I indifferent to plants simply because they didn’t have faces, whereas animals did? Was I so shallow as to be blinded by faces?

He put the earphones on his head and switched on the machine. He listened for a moment to the faint familiar humming sound; then he picked up the axe, took a stance with his legs wider apart and swung the axe as hard as he could at the base of the tree trunk. The blade cut deep into the wood and stuck there and at the instant of impact he heard a most extraordinary noise in the earphones. It was a new noise, unlike any he had heard before – a harsh, noteless, enormous noise, a growling, low-pitched, screaming sound, drawn out like a sob lasting for fully a minute, loudest at the moment when the axe struck, fading gradually fainter and fainter until it was gone.

by Freymann and Elffers

“Plants are not static or silly,” said Monika Hilker of the Institute of Biology at the Free University of Berlin. “They respond to tactile cues, they recognize different wavelengths of light, they listen to chemical signals, they can even ‘talk’ through chemical signals. Touch, sight, hearing, speech. These are sensory modalities and abilities we normally think of as only being in animals,” Dr. Hilker said.

The reason I’ve chosen to write this post in single bites is because I’m not yet brave enough to construct a solid argument either way here, beyond the ‘argument’ of my everyday refusal to eat meat. I recall a similar quandary at school when a kid asked me if I would kill an ant for one million dollars. Feigning outrage, I cried, “NO I WOULD NOT.” But I was lying. I would have killed an ant. I still would. If an ant had a larger and more expressive face, I ask myself, would I still?

7. A London supermarket apple looks like an apple. It is roughly the size and shape of an apple, and is apple-like to the touch. But when you bite into the apple you find that the essence, the soul, of the apple, has long gone. It has been refrigerated into oblivion. What’s left is just a pretty shell. If a tree feels any kind of pain when an apple is plucked from a branch, this is an additional indecency: the essential apple-ness of the apple has been corrupted.

8. The orchard between Te Kuiti and Otorohanga is a tourist landmark because there is a giant fake apple with a bite taken out of it. The Big Apple arrived in 1995, transported by helicopter. The white-painted flesh of the ‘bite’ was graffitied almost immediately.

Nevertheless, the Apple’s arrival was exciting: it brought something like glamour to the dull stretch of State Highway 3. Inside the Apple was a stairwell and inside the bite was a small rectangular window. Driving past on the way to Hamilton, you would often see people’s heads inside the apple.

I didn’t go inside the apple myself until after I’d moved away from Te Kuiti and was returning to visit with my first serious boyfriend. We entered the apple and climbed the narrow winding stairwell. The apple smelled like rust, urine, and decaying fruit. When we reached the top of the apple we looked out over State Highway 3 at the rushing traffic and beyond it, the paddocks. There we were, inside a giant, smelly, steel apple. I guess that was it.

9. Apples are a very safe food. When I became bulimic I learnt to always have a good supply of apples on hand because they I knew wouldn’t trigger an episode. Apples were the guardian fruit, the fruit of reason. All safe foods came in hold-it-in-your-hand form: mandarin, avocado, tomato, beetroot. But at the end of the day, it was always the apple; it has only ever been the apple.

Make a pond in my garden

Via This isn’t Happiness

11: Nabokov’s dream garden: About a year before he died, Vladimir Nabokov gave an interview to The New York Times in which he said he was working on a new novel. He said that sometimes, at the hospital, he read the novel aloud to a “small dream audience in a walled garden”: “My audience consisted of peacocks, pigeons, my long-dead parents, two cypresses, several young nurses crouching around, and a family doctor so old as to be almost invisible.”

12. A mythology has grown up around going to the vegetable market on a Sunday. The story goes that basically it is a thankless, godforsaken place. All visitors to the market are hungover and hollow-eyed. They roam the produce in various types of exhaustion and loathing. Some, confused, are wearing their running gear. They hold plastic cups in one hand and quivering pastries in the other. Bags they are carrying split open, dropping courgettes all over the ground. The wind usually whips up at at some point; the stinging rain sets in, and cabbage leaves are blown out to sea.

“Every day seems to be filled with some random element which seems to nudge the day out of orbit; the other night, me and my flatmates were sitting down to a rare flat dinner (roasted veges and mashed potatoes – you know the type) when the door opened and three guys entered the room – rival Australians from down the way. They proceeded to open fire with an assortment of air pistols and b.b. guns. The dinner disintegrated into madness – people leaping for cover behind various items of furniture, shrieking … roast potatoes flying … the callous laughter of the gunmen.”

15. I caught a fish once at Whitianga, at sea in a dinghy with my schoolfriend and her dad. According to my friend’s dad, I’d caught the wrong kind of fish. We threw it back. But if it had been the right fish we would’ve cut off its head and eventually eaten it, I guess. 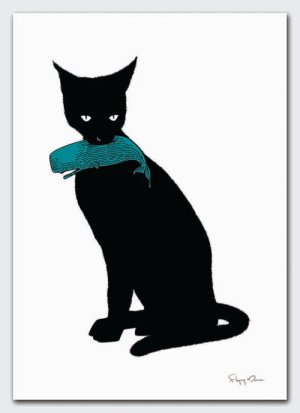 16. Vegetarians are often asked if they eat fish, or if they would consider ever eating fish again. I’ve been asked this question quite a lot. To tell the truth, just as I wrote that last sentence, Matt asked me: “Do you think one day you might try a mussel?” Well.  “What about scallops? Because they’re really nice, and they’re not really …y’know…” The more I think about it, the more confused I become. How would I draw a line above fish but not above cows, deer, snakes, dogs, horses? What other lines have I unconsciously drawn, stepped over, tangled myself up in?

17: Clearly I don’t know how to finish this, so I’ll write a list of terrible meals that I have made in the past (with the knowledge that I’m not good at cooking, so these are terrible even by my standards, but there may be many more that would be terrible by other people’s standards):

Person, usually on bike
View all posts by ashleighlou →
This entry was posted in Family, Food, Uncategorized. Bookmark the permalink.

18 Responses to Growing moss about the mouth