It’s the end of the year. So it seems appropriate to compose this post entirely of the opening lines of some of this year’s abandoned blog posts. Yes. It is cheating. But in my defence, they’re all pretty terrible and you can see why they were abandoned. So I’m only cheating myself. Each new paragraph represents an abandoned post. This post is their grave.

This is a story of obsession. 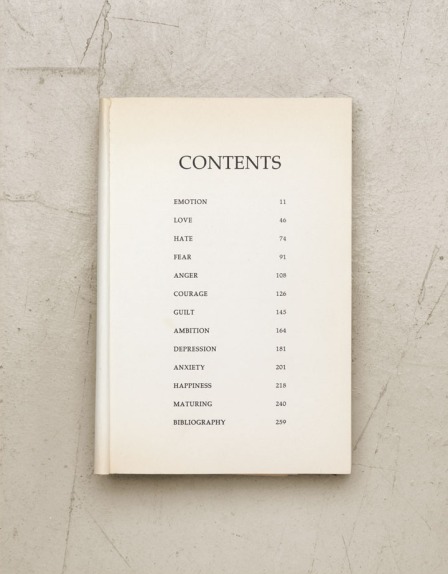 Let’s start with me stealing some questions from the Vanity Fair quiz. What is your most marked characteristic? What living person do you most admire? Can you describe your idea of happiness? How would you like to die?

It took Mary Gaitskill six years to write Bad Behavior. These are stories of young women disconnected, disenchanted, depressed in New York City. Dirty pigeons stumping about outside an apartment window, garbage fluttering through wire like confetti. There was something pitiless about the way Mary Gaitskill got into the inner lives of her characters. There is a New York Times review that describes her technique as more like a vivisection than a narrative – ‘slicing through her characters to expose interior lives that are more often broken and incomplete than in any way admirable’ – and I think that’s exactly right. Her writing was visceral and sometimes cruel, and the backdrop of New York City always spoke of alienation and disappointment. (When I was reading those stories as a teenager, I was trying to write stories of my own, and I decided that I would take my lead from Mary Gaitskill. I still remember the ending of one of them: ‘She dreamt that she was trapped in a cage and that children with hollow eyes were jabbing at her with sticks.’ A few years later I came across this and howled with laughter.)

My heart pounds easily. And so it was the night Morrissey played at the Town Hall.

You can make a sculpture out of anything. An avocado and four pipe cleaners.

As a newborn, He Pingping was the length of his father’s palm, so they gave him a name that translates as ‘wine bottle’. He grew to be 2 foot 5 inches tall – way below the handles on most doors, but up to the knees of a person of average height. 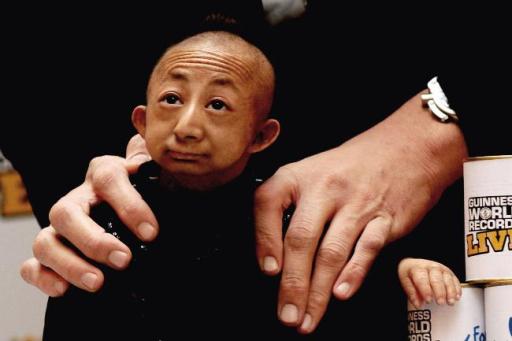 He Pingping. AFP photo / Mustafa Ozer (via The Australian)

You know those articles where the writer ridicules the way authors look in their book jacket photos, sorting them into categories of expression, like the ‘head weighed down by heavy thoughts’, the ‘I despise my readers’, the ‘dances with cigarettes’? Well, this isn’t going to be one of those.

I’ve been trying to write about the postal service for years, faffing about collecting statistics and observations and half-passages, and today I found out that a friend of my brother’s is writing about it too. Not only is she writing about it, but she’s organised, and she’s writing the same things about it as I am.

Today I want to talk about primal screaming and how we are sometimes taken over by something that feels like love but that can’t possibly be.

Yves Rossy, a Swiss pilot and mechanic, was the first person to really fly like a bird. One afternoon in June 2004, he strapped himself into a contraption he had made from metal, fibre glass, and carbon fibre. He climbed into a small airplane with another pilot and rattled down the runway. When the airplane was 4,000 metres above Switzerland, Yves leaped out. He freefell towards the mountains at 200 kilometres per hour. Then, like Buzz Lightyear, he opened a pair of stubby wings and began to swoop and soar. ‘It was an amazingly good feeling, like in a dream!’ said Yves, who has become known as Jet Man. ‘Up there in my invention, I am free as a bird.’

I have come to expect awkwardness between myself and others, so much so that I now go out of my way to create it.

In Wellington it is easy to find places where no one else is. I can walk up the road and around the corner and suddenly it’s just me and a gravel footpath going up a hill. And a sign: ‘Is your dog a bird killer? Put your dog on a leash. We live here.’ I can look down into water and watch congregations of fish and there’ll be no one else looking. The fish like to visit the surface together but not enough to stay – just long enough to know it’s there, like us and the moon.

Cycling in Wellington is lonelier than I remember, which is why I haven’t written about it for a while. There aren’t enough of us. Do we even exist? We’re like the weird heat-resistant life forms in volcanoes. The moment of passing another cyclist lasts a very long time – these are floating, elongated seconds where you’re both staring at each other, two cows in a clearing, the distance between you closing in slow motion. Then it’s over and the clearing fills with cars again.

Melbourne’s contemporary art gallery, ACCA, calls itself a kunsthalle – a centre founded and run by local artists and visionaries. It’s a huge, angular building that looms over Sturt Street like an army barracks. Outside, there are rows of rusted barrels filled with water. When I went there a few years ago, I peered into the barrels looking for coins (none). Then I went inside, where I watched zebra finches hopping around inside an aviary. In the main exhibition space, rows of video images – a snuffling horse here, a bride there, a weeping girl, a cartwheeling man – filled a wall. I tried for a long time to put the story together, then gave up and wandered into another room where three or four people were looking at a black screen. Suddenly, the screen brightened. And on it appeared an image of a grey, withered penis. ‘Oh, no!’ one of the people cried, and left the room. The rest of us stood there, for about a minute, looking – waiting to see what would happen, I guess. ‘We’re part of a social experiment,’ someone said. ‘We’re part of somebody scraping the bottom of the barrel is what we is,’ said someone else. And then, slowly but surely, the penis began to rise, like a time-lapse video of a plant unfurling. At which point everybody left the room except me.