The point at the end of the world

“When Bill Clinton was inaugurated,” Alpert (Herb) said, “they had ten saxophone players at the party. It was mostly the young guns, but Gerry Mulligan was in there too. Afterward, he called me and said, ‘Man, you know, these young guys know all the modes, they know all the chords, they can play high and low and fast, and they can do amazing things, but the one thing they don’t know how to do is leave the bone alone.'” 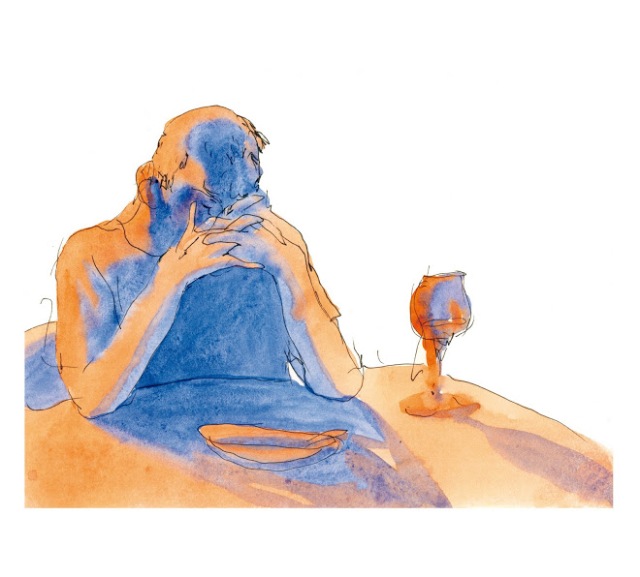 ‘What’s poetry for? What’s the point? Why would anyone read a poem? Why would anyone write one? There’s no money in it – what’s the point?’ Ah, the point. Tapping along beside us, stabbing us occasionally in the solar plexus. I’ve never really had to front up to this sort of interrogation until the past couple of weeks. These questions all grow out of that central, baleful question: ‘What’s the point of poetry?’ It’s important to ask this, but sometimes the way it’s asked just makes me want to shrug my shoulders and pull my hood up and carve my initials in a desk. And my instincts say that any answer I give will be pretty much useless: it’d be too vague, contradictory, maybe even too selfish, to be of any use to anyone.

But yesterday I thought, why don’t I know even one clear answer to this question? Am I trying to avoid it by being confused? I’ve avoided too many questions in my life in this way. So I’m going to try to pin something down – or just catch something, never mind pinning it down – within the relative safety of this blog.

The Poor Poet by Carl Spitzweg (via Bibliokept)

I should say first: I don’t think of myself as ‘a poet’ above all else. I’m just a person who writes poems sometimes. As much as I’m on poetry’s side, the word ‘poet’ makes me feel slightly uncomfortable, and lately I’ve been trying to get to the root of this discomfort, because I keep being defined as one. I think my beef with ‘poet’ is that it has a kind of assumed importance, which seems at odds with how a good poem (or, what I think is a good poem) works. The moment a poem starts posturing, lip-synching, vogueing, and telling me what I should think about things, I feel affronted and switch off. I can’t lie – I even feel slightly suspicious of anyone who considers that above all else, they are a poet. Of course I’m revealing my own insecurities here. But I do think poetry should sit among things, among identities. It has no business being held aloft and alone. (I’ll get in trouble for all this, but let’s plough on.)

Why write a poem? It feels good to make something. It feels good to work with tools you feel you’ve got a relative handle on. If I were any good at baking or boat building or composing jingles maybe I’d do that instead; turns out I like writing better. When you start out with a scraggly line or two and over time build it into a thing that, to your mind anyway, means something or is at the beginning of meaning something, that feels like a small success – regardless of whether the poem is ‘successful’ in itself, regardless of whether you’ll be the only one who ever reads it. At some point along the way your idea of a successful poem, of ‘a job well done’, will clash with someone else’s. Which is helpful, because it keeps your definition of a successful poem open-ended.

My second response is about me too: I find being social really hard work. And I find trying to articulate myself in person really hard work too. Poetry is a way for me to try to craft a response to things, an argument, in a small, slow, private way. At the same time as writing to please myself, I also imagine someone listening – so it becomes a fantasy of connection. One of my favourite moments from a tour with Kirsten McDougall and Pip Adam in March was reading to an audience at Beattie & Forbes in Napier. They were the most responsive audience we’d had so far. When I read a poem from my book called ‘Badly stuffed animals’, I could hear mutterings and exclamations in the front row. At the end of the poem I heard an elderly woman in the audience gasp, ‘Good grief!’ I thought, YES. Connection. I also thought, this is the best it’s going to get, and it’s still pretty good.

Reading poetry serves a different sort of purpose. It’s often said that poetry says the unsayable, and I do think it lends itself more readily to unknown and unacknowledged experiences than novels, short stories, essays, reportage – perhaps because poems tend to be full of ambiguity and suggestion and space, those moments when the writer ‘leaves the bone alone’. Space is absence, but when you put it around things it can reveal potency. A poem can swiftly push past what’s acknowledged and tap into different truths. And sometimes when it does that, it can feel electric. It gets inside you. I don’t want to say that poetry can make you feel less alone, because all reading does that, maybe even all forms of entertainment do it in some way. But poetry sometimes has a way of making you feel less stranded inside your own experience, less landlocked by your own life. The writer G. K. Chesterton, all pith, said, ‘Poets have been mysteriously silent on the subject of cheese.’ Maybe they had been when he said that, but not any more they haven’t. Where there’s a subject, there’s someone writing a poem about it (or around it, under it, beside it…). Even I’ve written a poem about cheese. It’s a bit clunky, but still.

A poem can change your mind. At one end of the spectrum there’s the poem that leaves you with a desire for something – such as change or justice or kindness. At the other, there’s the poem that subtly re-drafts your understanding of something. I guess, next to a political rallying cry or an in-depth report on, say, a humanitarian crisis, a poem doesn’t have an outspoken, practical aim (and if it does, it might be more propaganda than poetry). But it can go to work on how you think, on why you think the things you do. And that’s where new empathy can find purchase. (An odd example: I remember the first time I read the poem ‘White Butterflies’ by Frederick Seidel. You can read it here. It redrafted what I thought I knew about grief.)

Ah, man. I hope this isn’t getting boring. It’s easy to drift off into abstraction when talking about this stuff. Which is why, I guess, when you look for ‘definitions of poetry’ you’ll often come across startling metaphors, like:

… and so on. Most definitions of poetry are sort of useful, in some way (I find Dickinson’s the most useful, because it comes back to human feeling), but there’ll always be other definitions to contradict them, which itself tells you a lot about what poetry isn’t: pin-downable.

Back to The Point (and suddenly, I think this post is going to need a Part Two): poetry reminds me what a beguiling and imperfect thing language is, and how forceful, even visceral, it can be. How a voice takes shape through language. How language can move through shades of meaning; how it can move me. How language, finally, has limits in what it can describe; how it can be totally dismantled to show its workings, to re-purpose it. I remember how bewildered I felt when reading e. e. cummings’s ‘my father moved through dooms of love’  as I came across upended verbs and nouns. It was the best kind of bewilderment.

For the majority of readers these things are not enough. Relatively few people read poetry (it’s possible that more people write it than read it), especially here in New Zealand. If it were up to me, planes and blimps would do a weekly poetry book drop over the land. This would at least increase the odds of taking the top of someone’s head off.

Person, usually on bike
View all posts by ashleighlou →
This entry was posted in books, Poetry, Social media. Bookmark the permalink.

9 Responses to The point at the end of the world