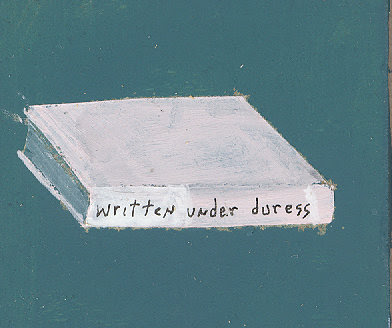 by Michael Dumontier and Neil Farber

I’m a bit late with this, because I’ve been wavering over whether to even say something. But since there seems to have been no other response, I’m gonna go ahead and bite off more than I can chew.

In last month’s Metro magazine Simon Wilson describes looking at a submission to the magazine from a would-be contributor who has been ‘hothoused’ in a writing school. The submission is about the writer’s ‘writerly concerns’. It sits there flat on his desk, well-written, even beautifully written, but dead on the page. Possible he buries his head in his hands. The piece of writing irritates him a little bit. Why don’t we have writers like Janet Malcolm, he asks, or like Adam Gopnik, or Atul Gawande, writers who engage with the big issues that affect all of us, writers who illuminate the world for us? Why is everyone faffing about on Twitter?

It’s easy to lament what we do not have in New Zealand. What our literature and journalism does not have. It doesn’t have Janet Malcolm. It doesn’t have Adam Gopnik or Caitlin Flanagan or Caitlin Moran. It doesn’t have a New Yorker equivalent, a Best New Zealand Essays, a Creative Nonfiction magazine. It almost has an Atul Gawande, but our version annoys all the other doctors. These names sometimes seem as though they come from another planet, don’t they? (When I read Gawande’s Better I was excited to come across a mention of New Zealand in one essay – it was that old, irrational response: ‘Oh, we exist.’)

Around three years ago I guess I would’ve lamented the state of New Zealand creative nonfiction and journalism right along with Wilson. I was reading the New Yorker and the Atlantic a lot more devoutly than I do now, practically bleeding internally with envy, wishing New Zealand had writers like that, wishing I could think and write like that. But I don’t lament too much any more. I think we’ve got too much to look forward to. I’m not sure that scolding writers for who they are not, for what they are not doing, will get us there faster. I also feel that if you start reading a piece with the hope that it is going to be written by a Janet Malcolm or one of those ‘New Yorker types’, you will be stymied. Our voices necessarily come from a different place. I think we’re at the beginning of something; we’re witnessing a slow but sure surge of interest in the kinds of nonfiction that do illuminate things around us and in us. We have writers who are doing these things right now (some of them are even on Twitter) – but not always in the publications that Wilson identifies.

Wilson mentions the outlets for good writing we have here in New Zealand, and that they are the same as they have always been. That’s true, though I’d argue that publications like the NZ Listener and the Sunday Star Times are limited in the amount of space they’re willing to give to the kinds of material he is talking about: really original longform journalism and creative nonfiction. It’s now safe to look much further afield. For example, the newer online publications pioneered by young writers, like The Pantograph Punch and Three Islands and newcomer Up Country. Many writers there are producing formidable investigative, insightful essays and interviews, pieces that are electric, pieces that I feel richer for reading. (Greg Kan’s ‘Borrowed Lungs’ is one recent example; Alec Hutchinson’s ‘Warm Dreams and Cold Stats’ another.) Also, I find it weird that in talking about good, thoughtful longform writing we would ignore the writers whose blog posts are ferociously intelligent, beautifully crafted works of nonfiction in their own right. This work is a salve for the disaffected reader. A few obvious examples: Giovanni Tiso, Dougal McNeill, Megan Clayton, Cheryl Bernstein, Matthew Dentith, Robyn Gallagher – all of whom are on Twitter, and all of whose writing I’ve come to appreciate and look forward to even more through their presence on Twitter. There are the writers for the Public Address community of blogs; one recent example that bears rereading and sharing is ‘Paul’ by David Herkt. There’s the terrific blog Reading the Maps. I do feel that at the moment, in most print media in NZ, it can be difficult for writers to push longform work, or to experiment with creative nonfiction – with ways of telling a story. So many go online, where they’re free of constraints. (A mildly embarrassing example: I was once commissioned to write a piece for Metro, around 2,000 words, which was accepted but somehow later rejected on the grounds that it was too long; admittedly, it probably also was dead on the page or was in its death throes on the page or was simply not engaging with the big ideas.)

I guess I’m also discouraged by the way that the would-be contributor to Metro is described in the article – as a product, as the end-result of a narrow, closed-off process, without any acknowledgement that writers change and develop, without any acknowledgement of potential in that writer’s work. It’s a close-minded way of reading. And in talking about good writing, I think we need to talk about good reading as well.

So, finally, Wilson’s challenge to writers is ‘get off Twitter and do some work.’ OK. But for a start, writers have wasted time since, well, the beginning of time. Wasting it is all part of the process! Even New Yorker-type John McPhee says it is.

OK, it’s nine in the morning. All I’ve got to do is write. But I go hours before I’m able to write a word. I make tea. I mean, I used to make tea all day long. And exercise, I do that every other day. I sharpened pencils in the old days when pencils were sharpened. I just ran pencils down. Ten, eleven, twelve, one, two, three, four – this is every day. This is damn near every day. It’s four-thirty and I’m beginning to panic. It’s like a coiling spring. I’m really unhappy. I mean, you’re going to lose the day if you keep this up long enough. Five: I start to write. Seven: I go home. That happens over and over and over again. So why don’t I work at a bank and then come in at five and start writing? Because I need those seven hours of gonging around. I’m just not that disciplined. I don’t write in the morning – I just try to write.

There are a lot of reasons why writers use Twitter. The most obvious being that Twitter  makes it easier for writers to direct people to their work, and to hear what some readers think about it. (There are so many great pieces I would likely have never read if it wasn’t for someone on Twitter pointing me to them.) Another obvious one: writing can be lonely, and Twitter is a way to check in on the world from your desk. I’m even going to venture that Twitter can be unexpectedly useful for writers. The other day I heard Bill Manhire read a long, brilliant poem inspired by a particular Twitter user (a sixteen-year-old footballer/lifeguard with the same name as Manhire’s late father). And I’m always heartened by how people listen in and seem genuinely enthused about Twitter Poetry Night when I curate it. OK, that’s a very small potato. But these are genuine signs that Twitter doesn’t necessarily stymie creativity. It’s a tool, a medium, and is not by default a useless way to spend some of your time.

I recently edited the journal Hue & Cry and I came across a few submissions that made me glaze over or put my head in my hands (admittedly, I am quick to put my head in my hands). No matter which way I approached those submissions, no matter how alert or generous I tried to be in my reading, I couldn’t find their electricity. I put them aside and moved on. Soon I found pieces that did excite me and that I felt sure would excite other people (Hue & Cry has a pretty small readership, but it’s getting more with each issue). Now, the process I’m describing is hardly comparable with sifting through the submissions or commissions for a magazine like Metro. For one thing, H&C is not a monthly publication. But it reassured me that writers are writing, that they’re trying new things, that they’re fired up. It also reminded me of the fact that writing that doesn’t fire you up, writing that leaves you cold or irritated, is everywhere. It will always be there. Sometimes it’s even in the New Yorker. There is no escape. It’s not specific to this country. Just move on to the next thing. It will keep getting better.

by Michael Dumontier and Neil Farber

Addendum: Simon Wilson has responded to this piece here.