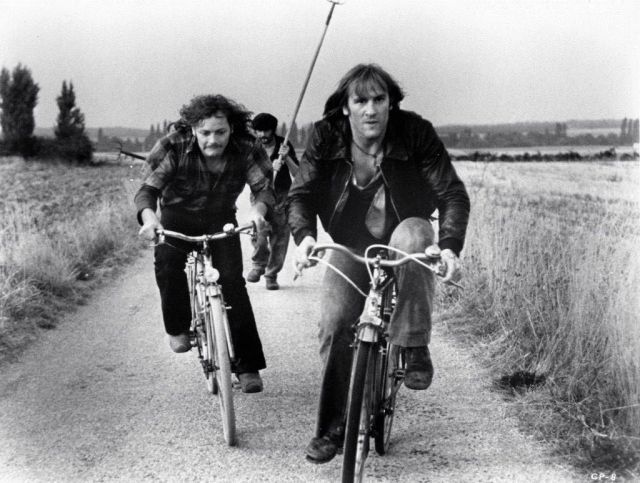 To this day, I’ve haven’t thought of a decent comeback. I will never have one. I don’t believe anyone really has one. It’s because there is nothing to say. There’s just nowhere intelligent to go, maybe because I don’t disagree with the insult, maybe because I’m not convinced it’s a bad thing even if the other party clearly thinks it is, clearly thinks it is an offensive or remarkable or laughable thing. The first time it happened, I was about nine. My class was lining up to walk to the swimming pools across the Rec. I remember I was wearing my new lycra bike shorts, which I’d got from DEKA. I remember that they were $10 and that this was a lot of money, so I felt it was important to wear them as much as possible. In the line I heard two boys snickering behind me. ‘Hey,’ they said. ‘Hey, Fat Ass. You’ve got a fat ass.’

Two things, here, are embarrassing: a) that I didn’t turn around to flip them the bird, thus leaving the offending body part in their line of fire and b) that I remember this moment more than two decades later. I remember all the other remarks, too, including a friend who gave me the weirdly specific – but constructive – feedback, ‘Your bum is so saggy. You need to do more bike riding.’ My mother saying in a kind voice, ‘You’re getting good solid buttocks.’ The countless drive-by shouts from car windows while walking home. Usually these would begin with the timeless classic ‘fat ass!’ – a fool-proof way of getting the message across – and then riff on that line for a few long seconds, often segueing effortlessly into a broader configuration of abuse whereby the shouter would simply express themselves in that moment and in response to the stimulus of their feelings about my bottom and also bottoms in general.

In terms of ass-related verbal abuse, cycling is a return to school. On one ride to work last week, I was thinking about the tendency to home in on this specific body part when voicing general disapproval. I was thinking about it because I’d just had a bad encounter at an intersection. As I was about to turn right, waiting for the oncoming traffic to clear, a woman in the car behind me swerved around me and shouted out her window, ‘Fat-assed bitch.’ She shouted it matter-of-factly, but also with a good degree of anger. It was the anger that gave me a fright, but also the specificity of the abuse. I said ‘Oh’ and looked over my shoulder. A middle-aged curly-haired woman zoomed away up the hill in her Ford Fiesta.

As I rode on – I’ll admit, weeping a bit from adrenalin, then laughing, then swerving when a man on the side of the road who was hefting an armful of unhinged doors from a trailer dropped them in the cycle lane ahead – I realised that one obvious reason the bottom is often the target of negative attention is purely because it’s where you sit: it’s a clear indicator of how much space you take up in the world. If someone calls you fat-assed, effectively they’re saying, ‘You take up more room than you deserve’; even ‘Your existence is a burden on this place.’ I’m reminded of Giovanni Tiso’s post on Samoa Air’s decision to charge its customers on a ‘by-weight’ basis. It’s as if, like an airline seat, the world had very precise ergonomics. Some bottoms are the right fit. Some are very wrong. And it’s always the shape of the bottom that’s wrong, not the shape of the the world.

You are particularly vulnerable to ass-related verbal abuse when on a bike, not only because your ass is taking up space on the road, but because the ass is at the root of the cycling problem, the original sin – it drives everything; it’s the engine of your forward momentum, it’s always at the heart of the journey. Without it, you wouldn’t be on a bike, you wouldn’t be on the road, and this would be preferable to the people who shout things from their car windows. The fewer asses visible on roads, the more room for cars, inside which people’s asses are discreetly tucked away, almost as if they weren’t there, almost as if a person in a car exists in an fugue-like, assless state, taking up no room at all. The ideal ass, the most ergonomic and conveniently formed ass, is the unseen ass.

(A theory: One of the reasons why many people find recumbent bicycles so unnerving is because we cannot see the cyclist’s ass. By definition a cyclist is annoying and holds everyone else up, but with the recumbent cyclist, lying prone, we can’t see the ass, the powerhouse of the vehicle – so we get confused about where to direct our annoyance. There’s only the cyclist’s head, and their knees. ‘Hey, Fat Head’ doesn’t work because the head is fully encased in the helmet and so realistically it can’t be that large; ‘hey, Fat Knees’ doesn’t work because knees, like elbows or earlobes, are just too neutral a body part to attach an effective insult to.)

Wouldn’t it be great if we could just sail around freely? The dimensions of our bodies a total irrelevance to others, nothing more than a ripple in the air as we pass?

When yelled at while out riding, I struggle anew to let that wish go and to realise that my physical presence can cause anger or disgust in others, even though I’m basically an ordinary, unremarkable-looking human with – after all that’s said and done – a basically ordinary human ass. What happens is that the things I have hidden – the posies of low self-esteem and loathing that I can’t help but gift myself daily, placed in neat little vases hidden inside my head – seem no longer hidden. The flowers burst into huge, distorted, fuchsia blooms and their scent hangs about me.

The only time I’ve been remotely satisfied with my response was when a car pulled up behind me at an intersection at a roundabout, where I’d taken the centre so that I could go through it safely. It was early in the morning and spitting with rain. This was in London. ‘Move your fat ass,’ the driver called calmly from his car. In a way I had always been waiting for someone to say this to me so that I could copy my brother JP, who, as a kid, would simply shake his butt left and right whenever my brother Neil asked him to ‘move his butt’. So, through some misguided desire to transform this into my own comedy moment, I did the same to the man waiting behind me. Just a subtle movement – left, right, left. It was reckless, but I was upset and didn’t care. But instead the man lobbied a string of ‘Fuck you’s at me and then the intersection was clear so I rode off, fading quietly down the road, my ass parting the rain.

Person, usually on bike
View all posts by ashleighlou →
This entry was posted in bicycles, Memory, Recklessness. Bookmark the permalink.

8 Responses to The unseen ass