I went to hear Catherine Chidgey talk about her novel The Wish Child on Monday. I edited Catherine’s book, and a weird thing you have to do when you’re editing someone’s book is become quite calculating about the emotional intensity of certain scenes. You have to fence a certain part of yourself off from the story so that you can see your way clearly to whether it’s ‘working’ – to answering questions like, what’s this scene is doing in the book? is that line ‘earned’? is this reference paying its way? This fencing off is similar to what you have to do when you’re editing a friend’s book, I think. You have to keep the friendship safely contained, even quarantined, so that you can deal professionally with the work. I know the way I’m describing it makes it sound like hiding a dead body. And, in a way…. it totally is. But, once it’s done, this almost magical thing happens where you can open the book as a book, all its possibility restored to it. As you step away from that magnified focus, all the book’s lovely unruliness grows back.

Anyway: Catherine read an extended passage from The Wish Child. The passage centred on one of the main characters, Erich, an only child living with his mother – his father hasn’t been heard from for months – near Leipzig, Germany. Erich and his mother go to the market and they choose, from a big barrel at the fishmonger’s, a live carp to take home with them. (‘That one’s nice and fat,’ said Mama. ‘What about him?’) Once home, Erich’s mother fills the bathtub with water for the carp. They won’t feed him anything, she says when Erich asks, because they need him to be nice and clean on the inside. Over the next few days Erich kneels beside the tub to watch the carp swim around, and while the carp is uncertain of him at first, it starts to swim closer to his outstretched hand.

It did not touch him but he could feel the water shifting against his palm, rearranging itself. Erich knew what the world looked like from beneath the water; how everything wavered and blurred. He could hold his breath for over a minute, lying quite motionless, eyes open, tiny bubbles catching on his arms and legs, his ears, his lashes. One day his mother had come in when he was submerged, but she did not look like his mother, and although he could see her mouth moving, all he could hear were distant notes; a bird trapped in the eaves.

I had this totally peculiar feeling while listening to Catherine read. The full force of the passage hit me, even though I’d read it many times. It was almost unbearable. It felt like being underwater, or like pushing through the weeds underwater, as Erich seems to imagine later, when he is burying his face into soft, cool, dark cushions. These moments between Erich and the ill-fated carp suddenly seemed so strange and fragile, I could hardly breathe. I thought I’d already registered everything that the novel was expressing, but here was something that had somehow been hidden before, and all it took to find it was a different day, different mood, and maybe, too, the stillness of the marae where Catherine was reading. Every so often you’d hear the echoes of people outside talking, or kids on school trips yelling, and somehow that exterior noise made the reading feel even more like a delicate thing suspended in space.

I thought I would go home that night and try to write something about it, but days kept passing and I kept thinking about it and wondering if maybe it would be better to talk less about things that really move us. Like, maybe – as desperate as we are to show how sensitive and perceptive we supposedly are – we undo possibility for others’ readings when we do that all the time. But, since I’m still thinking about Erich and the carp, and becoming kind of haunted by it, I thought I’d try to say something about it anyway. Mainly, I’m grateful that a book I read and worked on for quite a while is still unpredictable and unruly.

Well, I don’t like an animal story that ends badly, so: I’ve just read a news story about a dog named Jack that was rescued from a house fire in Bakersfield, California, and revived by firefighters. I’m going to focus on that now. 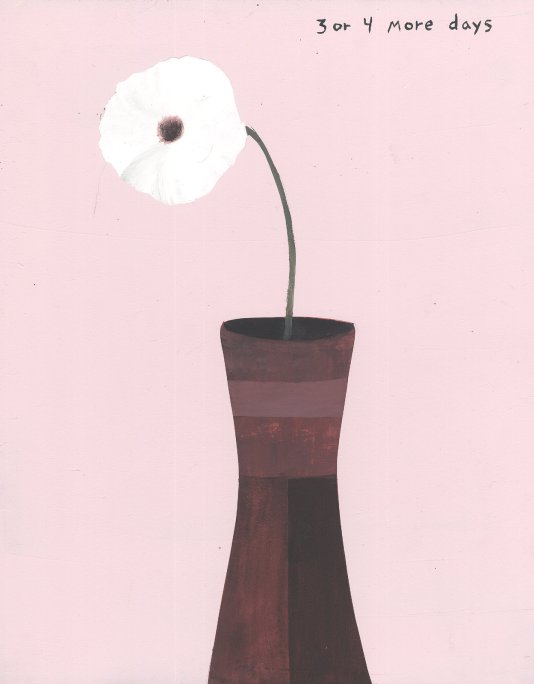 by MICHAEL DUMONTIER AND NEIL FARBER

I just found some notes I wrote in March this year – the day after I’d been told I won this insane prize, the Windham-Campbell. I never wrote about the prize on this blog, because I got sick of the sound of my own voice and decided to seize any opportunity to not talk. You could’ve asked me about anything at all, and I would’ve immediately had something to effusively not say about it. But anyway, it was such a ridiculously intense time, and I’m going to revisit it mostly for my own entertainment.

I got this email from someone who said I’d won something and that it was important that we speak right away. Naturally I assumed it was a scam. I’m coming around to the idea that it might not be a scam, now. I’m still a little bit suspicious though. I’m about 10% suspicious.

That thing about knees turning to jelly. My knees did actually turn to jelly, then sugary water, then a light dust, and then an odourless gas. My knees are in the atmosphere now. That light drizzle earlier today – that was my knees. That fog up on hill – that was actually particles of my knees! You’re probably breathing my knees in right now.

This doesn’t happen to me. This doesn’t happen. I keep looking around wondering what other impossible things are happening right now. I walked up to the Brooklyn wind turbine and there was something even more unsettling than usual about the turbine. That huge, endless scything. It made the sky around it look sort of alien too – like it was still figuring out how to accommodate this freakish bit of furniture.

There was someone who won one of these prizes last year, a playwright named Brandon Jacob-Jenkins, who said, ‘I only wish everyone alive could get a phone call like the one I just received. I’ve never ever felt this confident, joyful, relieved, or encouraged on a Wednesday morning.’ That’s it exactly. The joy kind of felt like for a second I was transformed into this sort of half-bird, half-fish, human-creature. It was an otherworldly joy. It felt like it could carry me through the world. And my fear of what the future might hold – that lifted up and went away! I felt it lift.

I still don’t know what the future is, but it feels like the greatest luxury to just not be worrying about it for a change. I am feeling the beginnings of guilt about it, though, and the thought that it’s not something that should have happened to me, but I figure those thoughts are always going to be there, no matter what good things happen.

At the end of the day I went home and lay on the floor while my cat Jerry dribbled into my face. It was peaceful. I like how I can hear the upstairs neighbours’ cat, Mungo, trotting about through the ceiling.

3 Responses to The Carp