I was cleaning up my desktop while avoiding writing my column, and I came across this old photo of Jerry. It’s him at the vet’s in July 2014 after he’d been hit by a car. Not pictured is his big shaved bottom, which took the impact. He came to the Waikanae SPCA as a flea-ridden stray when he was about five (though, his age is a guess). I often wonder what his life was like before. I feel jealous of this other life he must have had. Sometimes I imagine his old family turning up and he runs towards them, overjoyed – like in that video with Christian the lion in Kenya, in the 1970s – then they pick him up and bundle him into their car and speed away, brakes screeching. Jerry turns eleven soon. He’s just a really good cat. 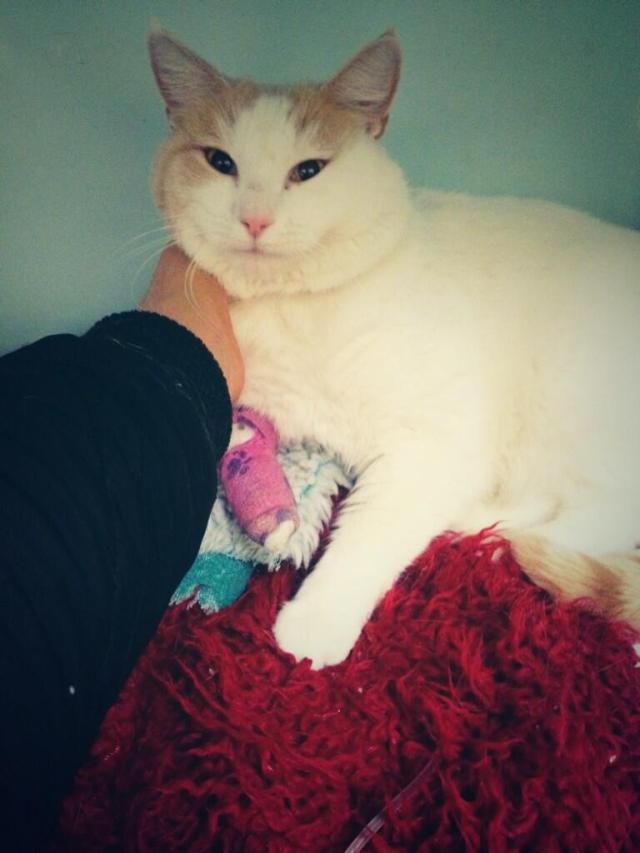 Person, usually on bike
View all posts by ashleighlou →
This entry was posted in Uncategorized and tagged Jerry. Bookmark the permalink.